Affiliated to the University of Calcutta

This is a Sovarani Memorial College 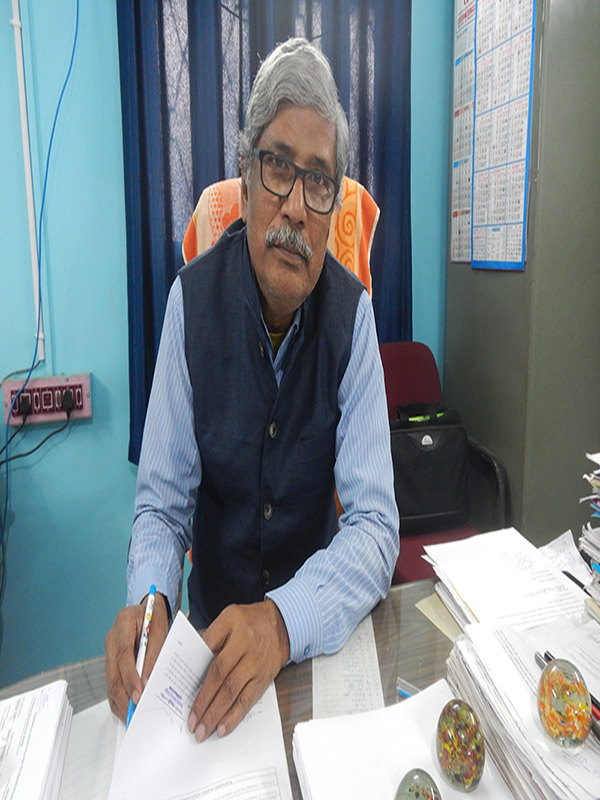 Dr. Kalyan Kumar Mondal had joined Sovarani Memorial College as Principal on 7 th January 2005. Prior to this, he had served Raghudevbati Sadharaner Vidyalaya, Nagpur, Howrah as Assistant Teacher of Physics(H.S. Section ) ( From 21.10.1982 to 15.04.1988), then he had joined Raja Peary Mohan College, Uttarpara, Hooghly as a Lecturer of Physics ( From 16.04.1988 to 06.01.2005). Dr. Mondal had done his graduation with Honours in Physics in 1978, Masters in 1980 with Pure Physics and finally B.Ed. in 1987 all from the University of Calcutta. He had done Research (Doctoral Work) on Theoretical Plasma Physics under the joint supervision of Prof. Dr. Asesh RoyChoudhury, Dept. of High Energy Physics, Jadavpur University, Jadavpur & Dr. Sailendranath Paul, Ex-Principal of Serampore Girls College, Serampore, Hooghly. He was awarded Ph. D. Degree in 1999 by Jadavpur University due to his thesis entitled “ On a study of Linear & Non-Linear Wave Propagation in Plasma “. He has a number of Publications made in various reputed national and international journals. He was Visiting Associate to IUCAA(Inter-University Center for Astronomy and Astrophysics, Pune) for three years (2002-2005). He has attended many conferences/ Seminars/Symposia and presented papers in various parts of the country & abroad. He is a life-member of PSSI (Plasma Science Society of India, LM-379) and also a life- member of IACS( Indian Association for the Cultivation of Science ), Jadavpur. At present, he has been acting as a Joint Supervisor of a Scholar for doctoral work together with Dr. Basudev Ghosh, Dept. Of Physics, Jadavpur University, Jadavpur.